Join us on Saturday 7 December, where Dr. Kate McAney will give a talk on ‘Farm Plans for Lesser Horseshoe Bats’. 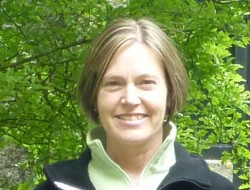 Kate completed her PhD on the summer behaviour of the lesser horseshoe bat in County Clare in 1987 and has worked for the Vincent Wildlife Trust, a mammal conservation organisation, since 1991 (www.vincentwildlife.ie). She manages 12 buildings located along the west coast, which are owned or leased long-term by the Trust and that were used as summer and winter roosts by 3,900 lesser horseshoe bats during 2019. She was a founding member of the Galway Bat Group, has served on Bat Conservation Ireland’s Committee and will be stepping down at the 2019 AGM of the Irish Environmental Network having served as a Director since 2016. In 2006 Kate wrote ‘A conservation plan for Irish vesper bats’ (an Irish Wildlife Manual publication by National Parks and Wildlife Service), in 2013 edited ‘The lesser horseshoe bat in Ireland’(Irish Naturalists’ Journal publication) and contributed to the Atlas of Mammals in Ireland 2010-2015. In recent years Kate’s work has broadened to include pilot studies on the Irish stoat and developing a website on the pine marten, www.pinemarten.ie. In 2019 she worked with a group of leading independent scientists to develop www.cap4nature.com, a website providing evidence-based information to support a nature-based farming approach to the next Common Agricultural Policy in Ireland.